Your credible resource for help with your civil exams.

About: The Elementary Structural Analysis exam is written nationally for civil/structural engineers.  The code for this exam is:

The exam tests candidate’s understanding and knowledge of the basic aspects of structural analysis, through stability, determinacy, methods of analyzing statically and kinetically indeterminate structures, concept of bending and shear and thereby bending and shear diagrams and influence line diagrams.

Format: 3-hour long, closed book exam. Out of the eight questions that are asked in the exam, only six needs to be attempted (choice is given among limited/specified problems).

Approved aids: Since the course is highly computational, an approved scientific calculator is permitted.

Nearly 6 exam questions ask you to identify determinate & indeterminate structures (beams, frames and trusses), from a given lot and then analyze the indeterminate structural member (which is mostly a 2d beam/frame/truss).  You'll also have to draw the bending moment and shear force diagrams (in case of beams and frames) and locate the points of positive/negative maxima and minima in those diagrams.

Since it is not specifically mentioned which method to use for the analysis,  the candidate can use any method of his/her liking.  However, since the exam is quite computational,  the general strategy for such problems should be as:

Pin Jointed Members (Trusses) -  This is probably the easiest problem out of the eight questions. A candidate needs to know how to solve truss problems using the method of joints or the method of sections. Both of these methods use the equilibrium equation of horizontal and vertical forces to compute the unknown forces in the given member of the truss. Certain rules need to be followed to know where from the analysis should start and how to proceed. The only concern in such a problem is that it is somewhat lengthy (problem has 2 parts), however, with practice this issue can be tackled.

There is also a problem on influence line diagrams, but it is not necessary since this problem is lengthy (2 parts) and has choice with the Virtual Work Principle Problem and a problem on Bending Moment/Shear Force.

So, if one has a good grasp of analyzing structures, (beams/ frames/trusses) then this paper should pose almost no challenge to the candidate.  Problems 1 to 4 (mandatory problems) and problems 5 to 6 (with choices) are all based on analyzing force response. However, the virtual method problem should be practiced to be on the safe side or to save time (since such problem takes less time to solve in comparison to force response problems provided in the choice section.) 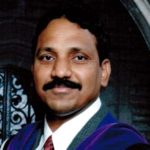 Akhtar Hossain obtained his PhD in civil engineering from Carleton University in 2006. He has over 25 years of practical experience in Civil Engineering with major emphasis in Transportation Engineering and Planning and structural engineering. He has led a variety of engineering projects with different levels of complexity. Dr Akhtar Hossain’s experiences include consulting, construction, and government sectors. He also actively involved in teaching in both undergraduate and graduate levels since he graduated in 1989. He is well known as a moderator in learning. 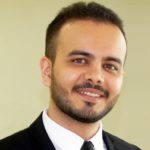 Arshia Mousavi, Msc, works as civil and structural engineering researcher and assistant at Queen’s University and is currently active in diagnosis, analysis for e.g. punching shear and bonding behavior and retrofitting design of different types of structures such as fibre-reinforced polymer (FRP) and reinforced concrete (RC) structures in ordinary, fire or severe conditions, in developing new testing setups. He has dedicated experience in civil and structural engineering. He has worked both in design and construction firms as well as laboratory.

Or start with my free Civ-A1 solutions sample 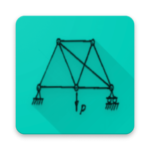