Your credible resource for help with your civil & structural exams.

About: The Geotechnical Materials & Analysis exam is written nationally for civil/structural engineers.  The code for this exam is:

Approved aids: Since the course is highly computational, an approved Sharp or Casio calculator is permitted.

Though some formulae are provided for solving the problems, a candidate still needs to familiarize him/herself to most of the formulae used in solving the problems. Since all problems asked are mandatory, and do not follow a strict pattern every time, therefore the candidate needs to be fully aware of the fundamentals of geotechnical engineering and the range of questions that could be asked.  Most of the time the problems are asked from areas like soil phase systems, soil classification, particle size distribution, soil permeability, 1d soil consolidation (primary), soil seepage, effective and neutral stresses, shear strength & its determination, soil compaction, earth pressure theories, slope stability and soil stress distribution due to applied loads.

From the basic geotechnical engineering problems asked are based on effective and neutral stresses & they are well dependent on how much the candidate has grasp on the soil phase equations (density equations, volume equations etc.) and their relationships (these equations & relationships are the basic requirements to solve most geotechnical problems), soil permeability problems that are mostly within the range of Darcy’s law and the factors affecting  permeability coefficient like particle size, shape, and other soil properties, problems on soil classification particularly AASHTO and USCS (which classifies the soil on the basis of particle size and plasticity characteristics i.e. liquid limit, plastic limit, etc.) And lastly soil seepage problems that tests the candidate’s knowledge & problem solving ability about flow nets and their use in explaining soil seepage effects vis a vis piping & uplift and designing toe filters in homogenous earthen dams. (40 marks)

From above, the general strategy should be that the candidate should try to make as much as possible from the basic geotechnical portion (40 marks), since the problems asked are not so complicated or lengthy and the portion is also relatively small. Now from the intermediate portion, there are certain problems which are asked almost every year (part 1 and part 5, which roughly cover 30 to 40 marks at least). So, if a candidate covers only these areas from intermediate portion along with the basic geotechnical section with he/she should be able to gain more than 70 marks out of possible 100. So, it is possible to score well in this paper even if the whole syllabus is not covered by the candidate provided he/she prepares well on the problems related to these areas. 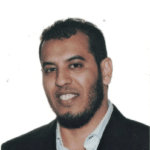 Abdulghader Abdulrahman (Aldaeef) is a PhD candidate in the department of civil and environmental engineering at Carleton University specialized in geotechnical and foundation engineering. Mr. Abdulrahman was awarded his master’s degree in 2014 from the same institution and granted an internal scholarship to pursue his PhD study. His master research evaluated the hydraulic performance of compacted clay liners under different exposure conditions in landfills environment. His PhD research, moreover, focuses on assessing the performance of pile foundations in warming permafrost. Abdulrahman has been successful in publishing 10 peer-reviewed technical papers in different journals and conference proceedings. In addition, he was selected as the best teaching assistant in the department for the year of 2016 beside his possessing of 5 other prestigious awards.

Or start with my free Civ-A4 cheat sheet